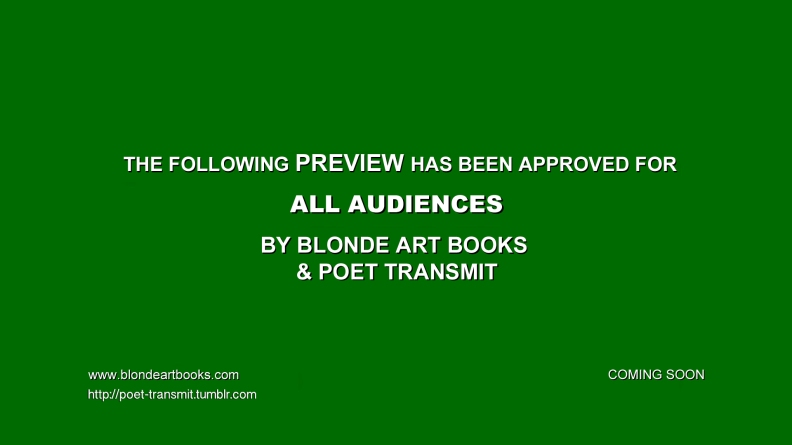 Cold Open Verse, on view at Knockdown Center September 8-18, 2016, examines the construct of the ‘trailer’, reconfigured by artists, poets, and publishers interested in an expanded form of communicating their work.

The exhibition presents the works of artists, Constance DeJong, Sophia Le Fraga, and Ian Hatcher within three tableau “sets” that will be activated in a real-time broadcast event on September 16 at 7PM. Each artist highlights a unique aspect of production within their respective sets, exploiting the structure and structural errors of broadcast with time latency (Hatcher), using an instrument for dissemination as the principal artist (DeJong), or recreating the tv sitcom set (Le Fraga). 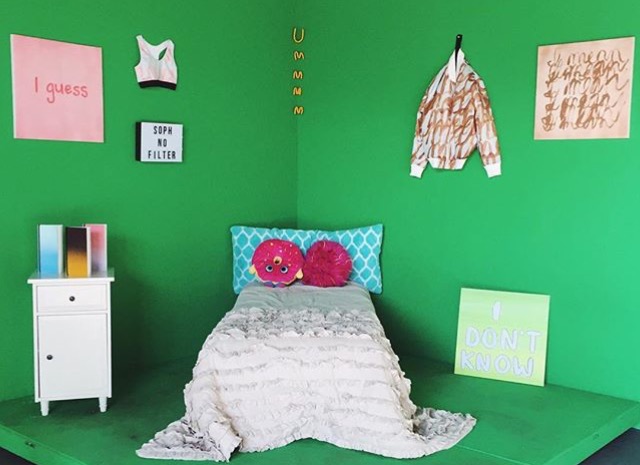 An adjacent room becomes the movie theater interior for the playback of an hour long reel of artist made trailers for forthcoming publications or book-related events. The opening reception included readings by William Lessard, Claire Donato, LA Warman, Emmalea Russo & Michael Newtown, Masha Tupitsyn, and Devin Morris, each who submitted trailers to the preview reel. These spots combined with an open call submission leading up to the exhibition culminate in a new book trailer preview reel of over 40 videos. 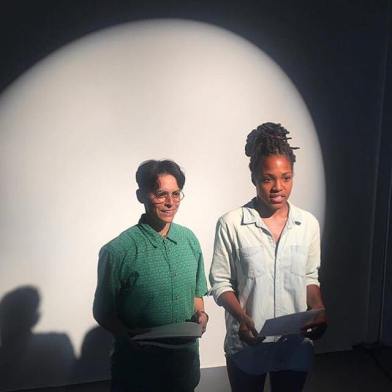 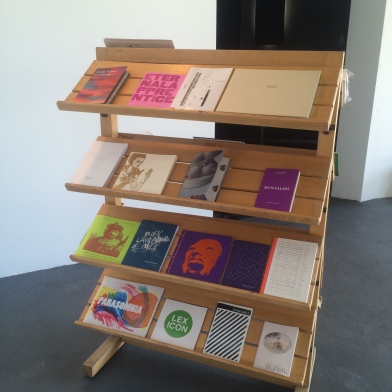 The full reel will be screened in the basement theater of MoMA I PS1 on, Thursday September 15, 6-9PM, the opening night Printed Matter’s 2016 New York Art Book Fair at MOMA/PS1. 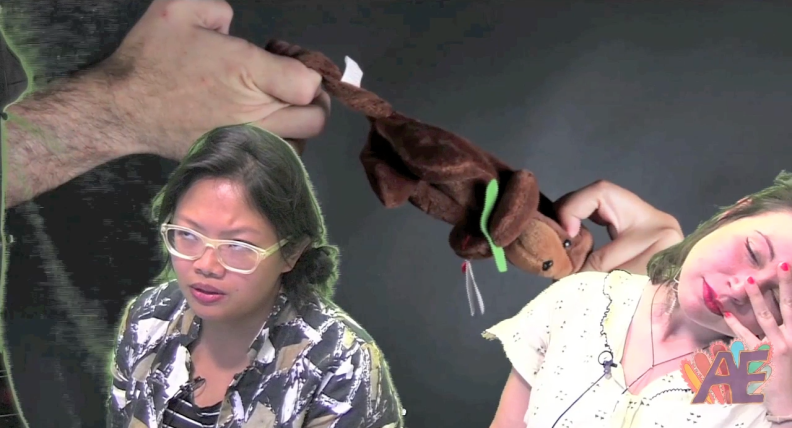 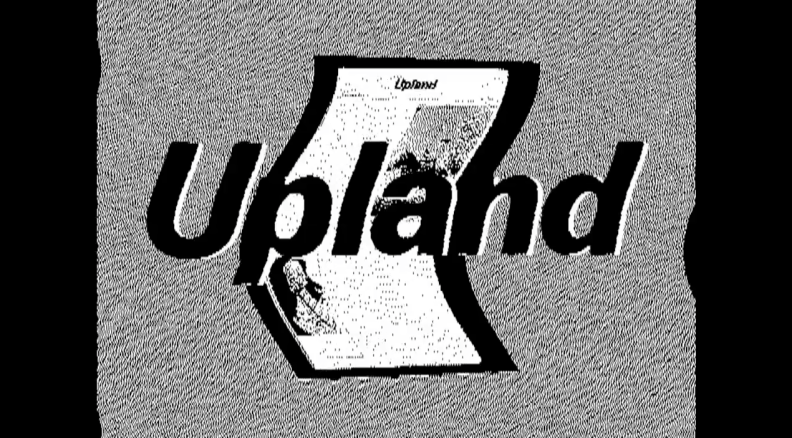 The focus on the ‘book trailer’ initially began with the exhibition, This Summer…, curated by Blonde Art Books at Interstate Projects in 2014. This Summer… centered on a preview reel consisting of 11 videos by artists and publishers of independent art and poetry books. For Cold Open Verse, Poet Transmit and Blonde Art Books create a multi variate exhibition investigating the structural and theoretical framework surrounding the artist-made advertisement, while nurturing the fantasy of televisual production. 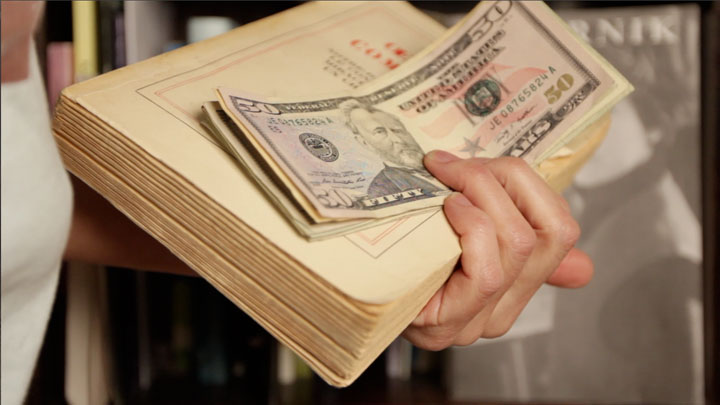 (Still from Moyra Davey, My Saints, 2014. Courtesy of the artist and Murray Guy, New York)