A book of constant inquiry at the shop is John Munshour‘s ‘First Novel’. We asked Munshour to tell us a little more about his handmade artist book ‘First Novel’, 2012, edition of 25. 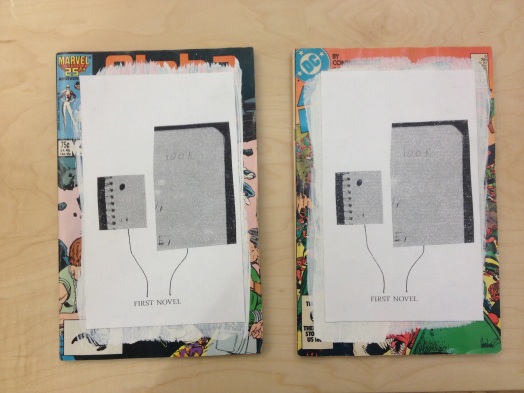 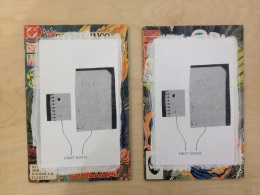 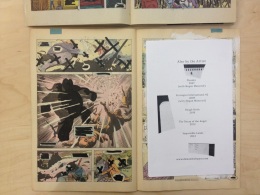 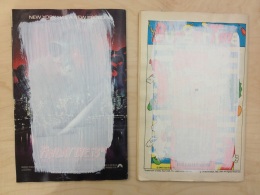 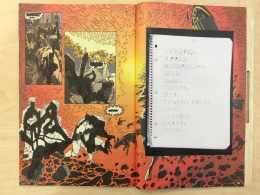 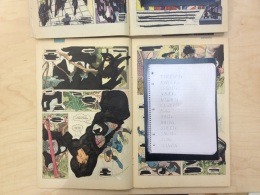 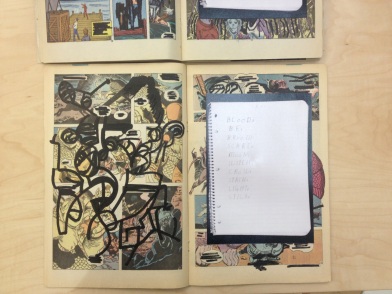 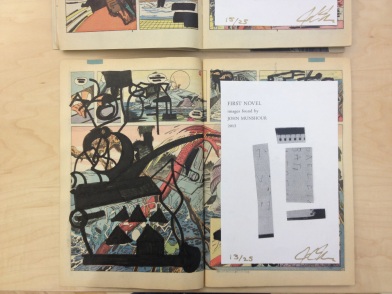 First Novel is an art book intended to be read as a narrative, with the text of each image forming a separate chapter of the novel. Each copy has been defaced by hand.This book is based on a notebook I found in the garbage several years ago. I was struck not only by the content and it’s rhythms, but also by the way that the image of the pages interacted with their textual content. What’s seen is not contrast between the image and the content but rather a contrast between our construction of childhood and its ability to contain unsettled or unsettling content. This is why they have been paired with the defaced comic book images. These are not an attempt to illustrate the text but rather the text’s mental environment, a submerged environment where the outlines of violence, sexuality, and cultural iconography assert themselves in incomplete, partially visible shapes. These forms cannot function, they’ve been robbed of their ability to communicate a story or characters in the same way that the language of each chapter does not communicate but only points towards the fact that something is happening. I see a parallel isolation in these two instances.