The scenery changes three times takes its title from a collage that Max Ernst published in his first graphic-novel and is a presentation that proposes a formal and conceptual connection between four participating artists and the chapbook – a pocket-size booklet first popularized in the sixteenth century as an apparatus for the dissemination of current events, poetry, and folklore.

Through collage, photomontage, and painting on paper, artists Brian Belott, Matthew Craven, Sara Cwynar, and Jen Liu create vivid environments brimming with fantastical imagery, abstract text, and an implied mythology. In addition, each artist produced an edition of up to ten chapbooks that reconstruct and reimagine the works they have displayed on the gallery walls. Points of investigation stem from the consistency of content and format, and the similar processes through which each artwork and chapbook is constructed.

Like the scenery on a stage, each artwork is a backdrop for a story to unfold. In line with its chapbook counterpart, the collage may be a setting for a lyrical ballad to be performed, or the conditions for a political inquiry. The scenery is embedded with a slew of possible narratives, each imposing its own permanence and historicity. Yet, the scenery is not fixed, rather it has the capability of transforming itself as well as all the elements within its reach. The scene changes: prolonging time, obscuring bodies and shapes, bending and twisting the vanishing point, and traveling freely from one state to the other.

With its second exhibition, Blonde Art Books continues to examine the curatorial methods through which traditionally displayed works of art presented alongside artist books may further enrich the experience and understanding of an art exhibition. 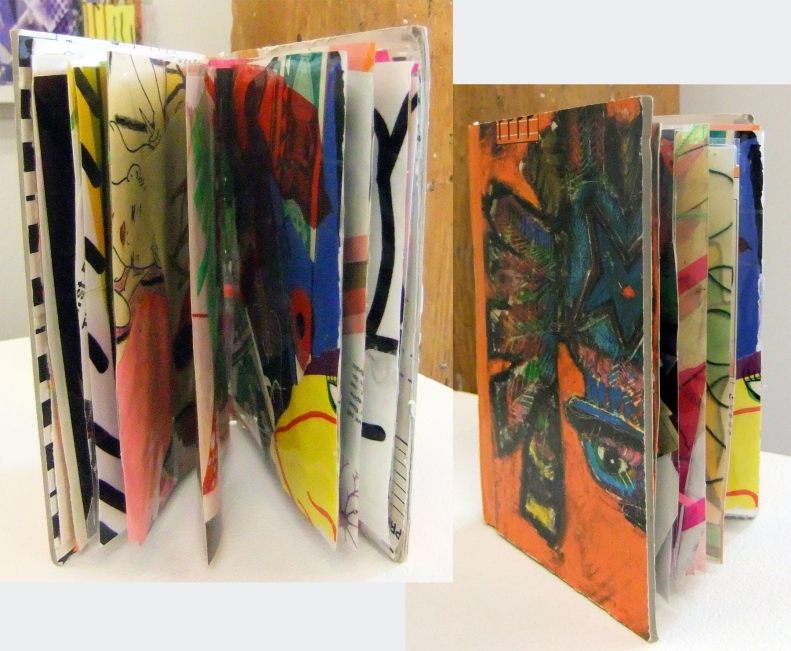 Matthew Craven uses historical images as a backdrop for a more abstract form of storytelling. Images from lost cultures, relics and landscapes, both well-known and extremely ambiguous create the patterns within my work. These arrangements highlight shape and composition rather than historical accuracy, solidifying their participation in a completely unique myth. Born in Grand Rapids MI, Craven lives and works in New York. He received his BFA from Michigan State University in 2004 and his MFA from The School of Visual Art in 2010. He has participated in exhibitions at Marvelli Gallery, New York; Allegra LaViola, New York; The Hole, New York; Jen Beckman, New York; Perry Rubenstein, New York; Gallery Hijinks, San Fransisco; Nudashank Baltimore, and Grizzly Grizzly, Philadelphia. http://matthewcraven.com/home.html 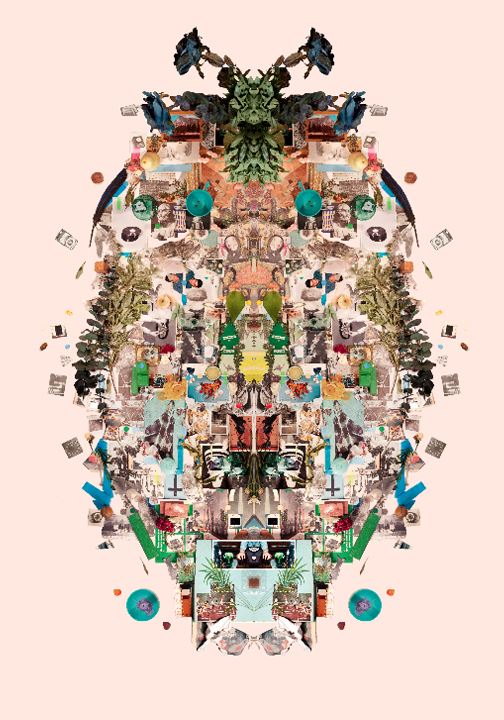 Sara Cwynar’s work explores the materials of the art studio and the idea that everything present can be used. For No Hierarchy, Cwynar began to bring together scraps and studio detritus on the floor into a shape that evolved over weeks of living with it. The piece mixes images and references freely – making connections as they appear through the arrangement of materials. An avocado seed positions itself as a sun setting over a flat picture of a mountain from a photography manual; a real plant sits on a picture of a plant; everyday objects, garbage, obsolete stock photos and personal photos mix, and copies of older artworks appear again in miniature. Born in Vancouver, Cwynar is a New York-based artist. Her work has been exhibited at Ed Varie, New York; The New York Art Book Fair at PS1 MoMA; and Printed Matter, New York. Cwynar’s forthcoming solo exhibitions include The Foam Photography Museum, Amsterdam, and Cooper Cole Gallery, Toronto. The publication of her second book ‘The Kitsch Encyclopedia’ is scheduled for Summer 2013.  www.saracwynar.com/index.html

Established by Sonel Breslav in 2012, Blonde Art Books is an organization dedicated to promoting exceptional publications about and by international artists. The bookstore, currently located in Schema Projects, a new gallery in Bushwick, New York, features independent art publications by contemporary artists and small presses. The blog collects and disseminates information about independent publishers, exhibitions, and publishing resources in the fields of art, poetry, criticism, and cultural studies. In addition, Blonde Art Books curates book-centric exhibitions that examine the connections between traditionally exhibited artwork and the books, magazines, and other printed matter that inform and shape their conception.