Lea Bertucci is an interdisciplinary artist working with photography, sound, videos and installations. In 2007, she received her BA in Photography from Bard College and was awarded a fellowship from the Tierney Foundation. Bertucci uses her work to emphasize the liminal elements of perception. She uses tactics such as slide projection, stop-motion video and lo-fi sound filtering to engage these ideas. In 2009 she was awarded a residency from Smack Mellon and a Young Composer’s Commission from Roulette. She has performed solo and collaborative works at venues such as Roulette, Issue Project Room, The Kitchen, Anthology Film Archives, St. Marks Ontological-Hysteric Theater, free103point9, Galapagos Artspace, The Queens Museum of Art and the High Zero Festival. www.brokendiorama.com

Shelley Burgon is a harpist and electronic musician based in New York. Her work centers around the sound of the harp, both as a traditional acoustic instrument in a chamber setting and as the primary sound source for her electronic music. Burgon received her MFA in Electronic Music from Mills College and studied with notable musicians such as Bjork, Pauline Oliveros, Fred Frith, Alvin Curran and Maryanne Amacher. Shelley has recorded the music of a broad range of artists such as Bjork, Zeena Parkins, Anthony Braxton, John Zorn, Butch Morris, Miho Hatori (Cibo Matto), Christian Marclay, Joan LaBarbara, Elliott Sharp and Maria Chavez along with bands such as Stars Like Fleas, Elysian Fields and Blondes. Burgon has performed at institutions such as the Whitney Museum, MoMA, MoMA PS1, Dia:Beacon, Chelsea Art Museum, White Box Gallery, Silver Shed Gallery and Issue Project Room. Her music has been commissioned by The Merce Cunningham Dance Company for the Hudson Valley Project at the Dia Museum, Ne(x)tworks chamber ensemble for the MATA Festival and choreographer Katherine Behar. www.shelleyburgon.com

Seth Cluett (b. Troy, NY) is an artist, performer, and composer whose work ranges from photography and drawing to video, sound installation, concert music, and critical writing. His “subtle…seductive, immersive” (Artforum) sound work has been characterized as “rigorously focused and full of detail” (e/i) and “dramatic, powerful, and at one with nature” (The Wire). Exploring the territory between the auditory and other senses, Cluett’s works are marked by a detailed attention to perception and to sound’s role in the experience of place and the working of memory. The recipient of grants and awards from Meet the Composer as well as the Andrew W. Mellon, Naumberg, and Malcolm Morse Foundations, his recent work is documented on Line, Radical Matters, Sedimental, and Winds Measure recordings. This fall, Cluett joined the faculty of Contemporary Arts at Ramapo College of New Jersey where he teaches courses in audio recording as well as electronic and experimental sound practices. www.onelonelypixel.org/

Eve Essex is a Brooklyn-based artist, producer and musician. She received a BFA in Sculpture from Rhode Island School of Design and has held residencies at The Berwick Research Institute, Boston, and Art Farm Nebraska. Her projects have been exhibited at the Boston Center for the Arts, Shoot the Lobster (NY), Performa 11 (via The Public School NY), and Peer to Space (Munich), and have been published in If A Then B. Essex produced and created video for the premiere run of Vidas Perfectas, an internationally touring Spanish-language revival of Robert Ashley’s opera Perfect Lives. She also produces and hosts radio programs for artonair.org, radio station of the Clocktower Gallery, New York. www.eveessex.com

Guy Goldstein was born in 1974 in Haifa, Israel. He currently lives and works in Tel-Aviv and New York. He holds a MFA from The Bezalel Academy of Art and Design in Jerusalem (2005-2007). He studied visual communication art and design in Wizo Haifa Academy of art & design (1997-2001). Goldstein’s works have been exhibited throughout Europe (Hamburg, Berlin, Bremen, Malaga, Paris, Prague, Helsinki, Brussels, London, and Portugal) as well as in Israel and New York. He recently completed the Residency Unlimited 2012 residency program in New York. www.guy-goldstein.com 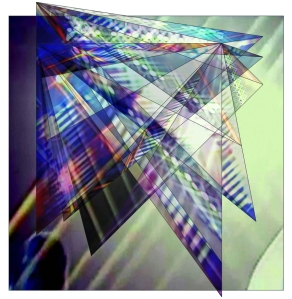 Ben Hall received his B.A. from Bennington College, studying Quaker-based mediation, painting and percussion and his MFA from Columbia University where he studied with Rirkrit Tiravanija, Sarah Sze and Liam Gillick. Hall splits time between Harlem and his native Detroit where, as a co-owner of the Russell St. Deli, he works as an advocate around issues of food, hunger and obesity, including membership in the Garden Resource Program / Detroit Agricultural Network which provides support and infrastructure for urban farming initiatives, the Restaurant Opportunities Center which works towards improving working conditions and increasing opportunities for the advancement of low-wage employees in restaurants, as a fundraiser for Gleaners Community Food Bank and the Capuchin Soup Kitchen and as a chef/teacher for Share Our Strength which develops cooking, shopping and nutritional skills in at-risk and low-income communities. Recent exhibitions include Spatial City at the Museum of Contemporary Art Detroit and Outside Mediation at the Green Gallery at Yale University. Hall’s fellowships include Socrates Sculpture Park Emerging Artist Fellowship 2012 in NYC. His recent publications include an interview in The History of American Graffiti as well as writing reviews for UK music magazine The Wire. www.benhalldetroit.com

Daniel Neumann is a Brooklyn-based sound artist and audio engineer, originally from Leipzig, Germany. While working towards a degree in media art at the Academy of Visual Art, Leipzig, Neumann co-organized ‘AlulaTonSerien’, a platform for sound art and electro-acoustic music that featured concerts, workshops, soundwalks, CD releases and a radio show. He also studied electronic music composition under Emanuelle Casale in Catania, Sicily. Currently he is finishing up his artist residency at Eyebeam – Art & Technology Center in New York City. www.danielneumann.wordpress.com

Juan Antonio Olivares is a New York based artist. He studied Art & Philosophy at Columbia University (’11). Engaging in a multi-disciplinary and collaborative-based practice, he most recently co-composed and performed in the ‘The End, Light Blue’ at Shoot the Lobster, (NY). In 2011, he staged the performance ‘Act 3, Take 2’ at Martos Gallery, (NY). He has participated in group shows at Leroy Neiman Gallery (NY), Back Yard Projects (NY), and Asia Song Society (NY).

Jo-ey Tang (b. Hong Kong, 1978) is an artist currently based in Paris, and a picture editor of n+1. He received the Edward F. Albee Foundation fellowship in 2011, and is artist-in-residence at Cité Internationale des Arts, Paris in 2012-13. His work had been recently exhibited at Exile (Berlin), The Suburban (Oak Park, IL), Derek Eller Gallery (NY), Showroom (NY) and Walker Art Center (MN), among others. His upcoming book “The Manual”, will be published by Morava Books. www.jo-eytang.com

Elliott Sharp is a composer, performer, and producer central to the experimental music scene in New York. He leads the projects Orchestra Carbon, Tectonics, and Terraplane and has pioneered ways of applying fractal geometry, chaos theory, and genetic metaphors to musical composition and interaction. Sharp’s composition Oneirika was premiered in March 2012 at MaerzMusik – Berlin and Persistence of Vision in April at Sonic Visions in Reutlingen. He was commissioned by Issue Project Room to create Occam’s Razor for double string-quartet for his birthday marathon E# @ 60 and Storm Of the Eye by violin virtuoso Hilary Hahn for her Encores project. He also directed, wrote, and composed About Us, a science-fiction opera for all-teenage performers commissioned by the Bayerische Staatsoper in Munich and premiered July 2010. In 2009, his music-theater work Binibon premiered at The Kitchen and he was featured as Lecteur and composer at Ostrava Music Days. He has also been featured at New Music Stockholm 2007, Donaueschingen Festival 2007, the Hessischer Rundfunk Klangbiennale 2007, Darmstadt Ferienkürse für Neue Musik 2002, and the Venice Biennale in 2003, 2006 and 2012. Sharp’s work is the subject of a recent documentary film Doing The Don’t by Bert Shapiro. www.elliottsharp.com 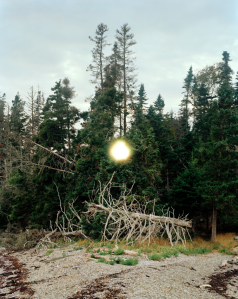 Hannah Whitaker is an artist based in Brooklyn. She has recently exhibited at Thierry Goldberg Gallery in New York, Galerie Christophe Gaillard in Paris, and at the Rencontres d’Arles Photography Festival, where she was nominated for the Discovery Award. Other recent projects include co-editing Blind Spot magazine’s Issue 45 and co-curating an accompanying exhibition at Invisible Exports in New York. She is a contributing editor for Triple Canopy where she edited devoted to photography titled Black Box, Issue 12 (2011). www.hwhitaker.com

Nate Wooley (b. 1974) grew up in the Pacific Northwest. He started playing trumpet professionally with his father at age 13. After moving to New York in 2001, he quickly became a fixture in the new music, jazz, improv, and noise scenes, performing with such icons as Anthony Braxton, John Zorn, Evan Parker, Fred Frith, Evan Parker, and Yoshi Wada. Wooley’s collaborators include Eliane Radigue, Chris Corsano, C. Spencer Yeh, Peter Evans, and Mary Halvorson. His music has been called “exquisitely hostile” by Touching Extremes magazine, and he is one of a revolutionary movement in the way the trumpet is perceived technically and musically. Wooley is also the curator of the Database of Recorded American Music and editor of the quarterly journal Sound American. www.natewooley.com

Sonel Breslav is a curator, writer, and the founder of Blonde Art Books. She received a Bachelors of Art in Studio Photography from the State University of Buffalo, New York and a Masters in History of Art from University College London. Over the last six years, Breslav has worked with artists and curators in New York, London, and Berlin to produce various exhibitions and public art projects.

Matthew Walker is a composer, performer, and arts administrator. In 1984, he began slowly traveling north to NYC – stopping in Louisiana, Texas, Ohio, and Kentucky along the way. He received a bachelor’s degree in Music Composition from the College of Wooster and a Master’s degree in Music Composition from the University of Louisville, where he held a Bomhard Fellowship. From 2007 – 2009, he recorded and toured with the essentially unknown band Saw Fist Tree. Since 2009, he has spent most of his time fundraising for ISSUE Project Room, New York.

One Reply to “The Participants of ‘Render Visible’”